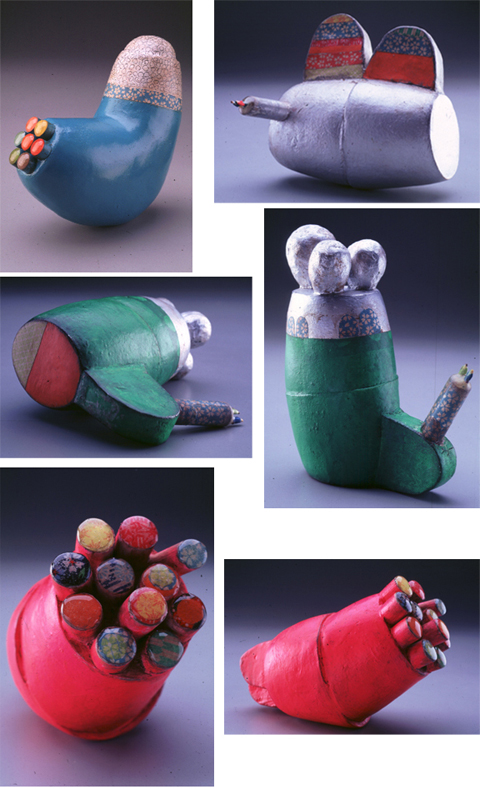 This mostly formal series is informed by my interest in the aesthetics, morality and culture of the interactive web game SISSYFIGHT 2000 (www.sissyfight.com) and the Powerpuff Girls of Cartoon Network fame.

SISSYFIGHT 2000 is a multi-player web game whose mission reads:  “SiSSYFiGHT 2000 is, like, an intense war between a bunch of girls who are all out to ruin each other’s popularity and self-esteem. The object is to physically attack and majorly dis your enemies until they are totally mortified beyond belief. You’ll never come out on top without making the right friends, so be careful who you’re nice to. Because in the end, only the shrewdest will survive with their social status intact!” Ironically, the graphics in this game are old-school Atari-style, very flat and simplistic rendered little girls with big eyes, big heads and little bodies. Seemingly sweet and innocent, they will scratch and choke you on the playground until you cry.

Similarly, “being a Powerpuff girl is not just about kicking butt, its about using your unique abilities to better the world!” said Blossom the most levelheaded Powerpuff. To me, the Powerpuffs represent a new girl-order: tough, smart, honorable, sweet and lovable.

The doublefun forms that I made attempt to capture this irony. They are cute and accessible while referring to bombs and guns and other potentially threatening objects.